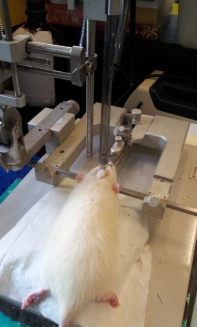 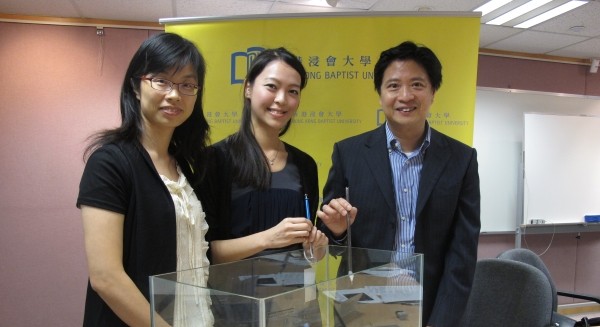 A research study by the Department of Biology found a new tailor-made therapy using magnetic-tagged neural stem cells from live brains, which may be applied to the treatment of neurological problems such as Parkinson’s disease. The novel technology using neural cells originate from the patients themselves can offer a genetically stable means of therapy with lower risks of immune rejection. The invention won the Gold Medal in the Surgery Category and the Award for High Scientific and Technological Level of the 44th International Exhibition of Inventions of Geneva.

Professor Ken Yung, Associate Head of the Department of Biology under the Faculty of Science and his research team demonstrated for the first time a simple magnetic separation process for the extraction of neural stem cells from the rats by introducing magnetic iron oxide nanoparticles coated with antibodies into the subventricular zone of the brain with a superfine micro-syringe.  Neurospheres were successfully generated in vitro from the extracted cells and the newly generated neural cells were transplanted back to the same rats.  The rats that received the treatment remained alive and healthy.

A new tailor-made neurological disorder therapy in adult mammals which may be applied to the treatment of neurological problems was developed.  The study showed that the magnetic microsurgery process is simple and safe to implement on animal subjects.  It also suggested that the isolation of neural stems cells from adult brains may not kill the animal or inflict significant damage.

The new method presents a remarkably safe, viral-free and novel neural stem cell therapy and regenerative medicine.  By using neural cells originate from the patients themselves, it can help develop a tailor-made neurological disorder therapy while the risk of immune rejection can be greatly lowered.  This innovative technique can also reduce ethical disputes and offers a genetically stable means of therapy.

I believe that the new technology could potentially have biological and clinical applications, particularly in the area of regenerative medical treatment, from bench to bed.