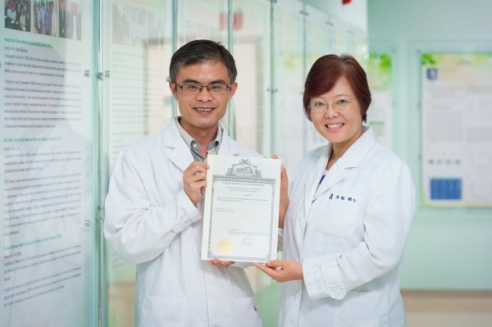 A research by the School of Chinese Medicine (SCM) recently discovered a novel autophagy regulator for the treatment of neurodegenerative disorders such as Alzheimer’s and Parkinson’s disease. The research team was granted a US patent for the study, and related findings were published in the prestigious academic journal Autophagy.

Autophagy is a lysosome degradation pathway for material and energy metabolism and recycling, and plays vital roles in the growth, development and homeostasis of cells. Dysregulation of autophagy has been linked to the pathogenesis of a number of diseases, such as neurodegenerative diseases, cancers and diabetes. The research team leaders, Professor Li Min and Dr Song Juxian, have been actively engaged in identifying and developing novel autophagy regulators derived from Chinese medicines for the prevention and treatment of neurodegenerative diseases, including Parkinson’s disease and Alzheimer’s disease. By screening a series of synthesised curcumin derivatives, they found a compound that directly binds to and activates the transcription factor EB (TFEB), a master regulator of autophagy and lysosome biogenesis. According to the research findings, this TFEB activator potently degrades the neurotoxic protein aggregates including the amyloid precursor protein and Tau in Alzheimer’s disease and alphasynuclein in Parkinson’s disease in neuronal cells and animal models by inducing autophagy.

The development of natural autophagy regulators will further help develop new drugs for the treatment of related neurodegenerative diseases. Many researchers in the field of autophagy are interested in this compound since it directly targets TFEB without inhibiting the mammalian target of rapamycin pathway. It will not affect the normal functioning of cells during the eliminating process of the neurotoxic protein aggregates. In addition, this small molecule is orally effective and can be easily synthesized. 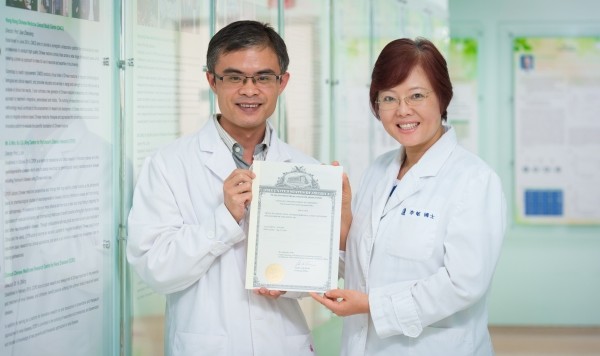 Director of the Teaching and Research Division (CMTR),
Director of the Mr and Mrs Ko Chi Ming Centre for Parkinson’s Disease Research under the School of Chinese Medicine

The development of natural autophagy regulators will further help develop new drugs for the treatment of related neurodegenerative diseases.